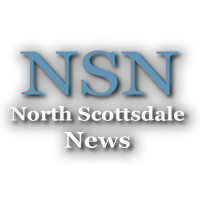 Scottsdale has been around for a relatively long time now, and while it still a prestigious place to live, it can be next to impossible to find a new home in the core of the downtown area. That’s why I was excited to read Edward Gately’s article in the Arizona Republic about some fabulous new construction going in downtown. A Canadian company (what’s with Canadians and Scottsdale eh?) is actually going to be building a new 1st class condominium project right in the heart of downtown.  Apparently the new condos will come complete with an outdoor organic herb garden and a lap pool, a veritable hipster’s paradise!

The company is called Landmark and the community they are building will be called Aerium.  It’s hard to imagine these condos not being a hit, especially with the out of town crowd.  Pre-sales will apparently be happening as soon as this fall.

There’s no question this is good for Scottsdale and by association Phoenix as a whole. When foreign companies spend 12 million to invest in our local hotspots, it shows a favorable view from an economic standpoint. Keep em coming Canada!