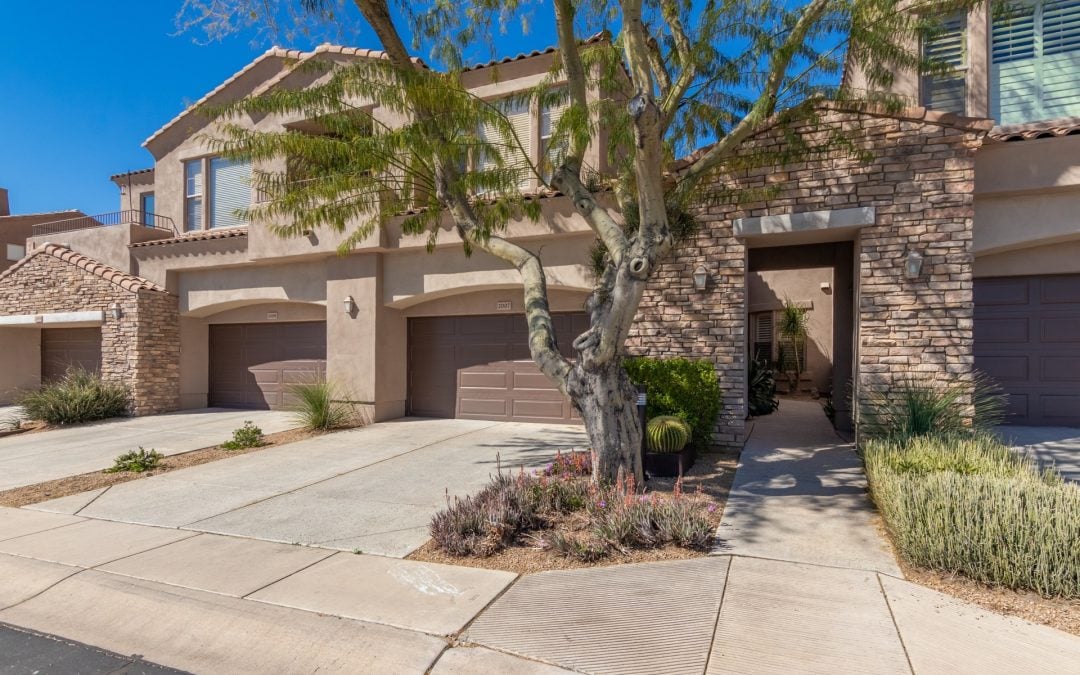 A newer study by HireAHelper, has examined the origin, destination and distance of each
moving job since the Covid-19 pandemic was declared on March 11 th 2020. As it turns out,
Scottsdale, Arizona won the popularity contest for top city by net moves, with 68% more
people moving in versus moving out.

Most popular state? Idaho saw 194% more people moving into the state than out. New York
city and San Francisco, CA had 80% more people leave than move in.

This is a true story which is still ongoing; only the names have been changed. To read last week’s story, click here.
We left off last week with Dean and Pam discovering, on the day of closing, that their new home in Desert Ridge was flooded.  The culprit? A newly repaired water purification system whose filter had popped off. Dean and Pam were just hours away from their moving truck arriving to unload their furnishings. Pam was asking me, “What do we do?”
The first thing we advise is to call the insurance company. Ok, but whose company do you call? Both. Though it may seem apparent that the flood began several days before closing due to the amount of water that had gushed onto the floors, and that the seller is responsible, it’s always important to let your own company know – just as in an auto accident. In this case, my client’s insurance company, USAA was quick to get a water mitigation company out there to begin the drying out process. Their philosophy seems to be to stop the bleeding first, then deal with the legalities later.
What about the seller’s insurance? Well unfortunately for her, she had cancelled her insurance just two weeks before closing, perhaps thinking she could save a few bucks. Of all the wrong moves one could make in this situation, that would be at the top of the list.
Ok, what about condo insurance? HOA’s collect money from each property owner monthly, right? Yes, but that’s for fire damage, not interior flood damage. A renter’s type policy that would cover the interior including theft, liability and comprehensive would be needed in this situation.
Finally, what about the water purification company that “repaired” the leaking system just a week before the repaired water filter popped out? What liability do they have? Well now, that’s a legal question, but it could be a direction the seller could go.
Dean and Pam finally moved in yesterday, though there is still ongoing damage in the garage that’s still being corrected and new carpeting to go on the stairs.
The seller, though distraught, has been co-operative with Dean and Pam. She is however, ultimately on the hook personally for this loss. And this is where it gets tricky. What has amazed me is how cool, calm, and collected my clients have been through this process. There are many tragedies that folks suffer through, and yes, it’s a bummer to have this inconvenience, but thankfully, no one was physically hurt. And on this Thanksgiving weekend, that is truly something to be thankful for. Somewhere down the line there will be a full conclusion to this story, and when that happens, we’ll let you know. 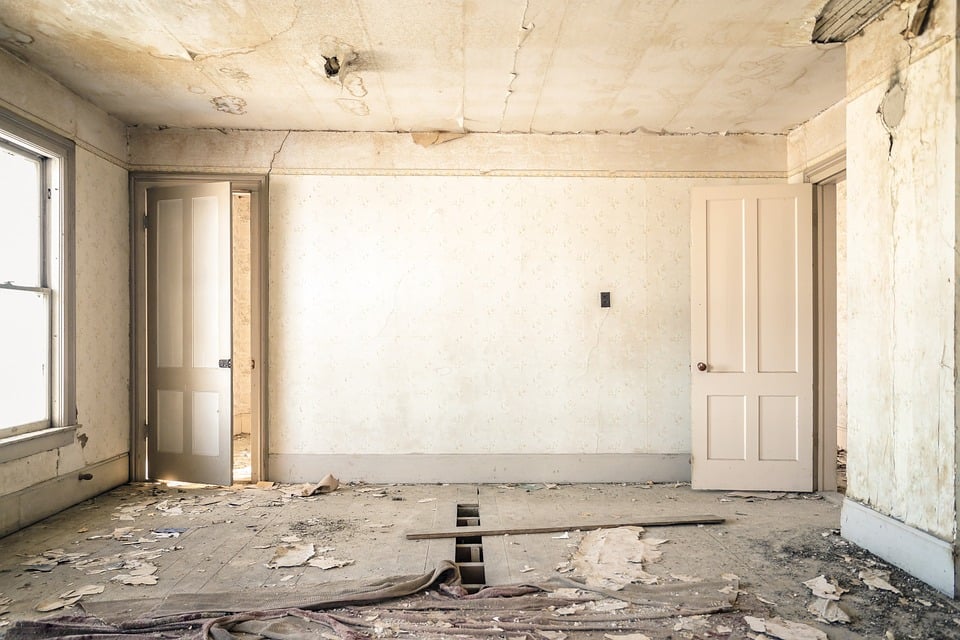 Our recent deal with Dean and Pam (not their real names) wasn’t going to be a slam dunk, but it was very do-able. They wanted to use the funds from the sale of their current home to purchase their next one, but they also did not want to have to move twice, as in selling their home and then renting while they looked for their next one. They therefore decided to do a “contingency sale.”

Contingency sales are deals that allow a buyer to make an offer on a home that is only binding if they are first able to sell their current home.  This way buyers can have the comfort of having their next home locked while they try to sell their current house. Since home sales in the Valley have strengthened and our market is well “balanced,” we’re seeing these sales occur more and more.

We set them up on an automated MLS home search and began to look at some homes for sale. Dean and Pam were very agreeable to several different homes in various locations, but ultimately fell in love with great town-home that popped up on their radar. One problem though; their house was not on the market yet. They wanted to make an offer right away contingent on selling their home first.

The catch with a contingency is that sellers would often prefer not to deal with them, and for good reason.  If a seller agrees to a contingency, they then must take their property off the market while the buyer’s try to get their home sold.  Luckily for my clients, the town-home they wanted was already on the market for 10 months so the seller was ready to take some chances to get it sold. Fortunately, Dean and Pam had some other plusses going for them as well.

For one thing, we had gotten them pre-approved. Our lender said they were very strong borrowers. Secondly, they had a wonderful golf course home in Tatum Ranch, which was in impeccable condition and would show great. We felt it would be a relatively easy sale.

Ultimately we were not only able to convince the seller to take our contingency, but we also negotiated a lower price as well! We ended up selling their home in 30 days (not a bad time frame if I do say so myself) to a well-qualified buyer and set up the closings to sync with each other perfectly.

A few days before the closing date we completed our final walk-through and everything looked great.  Well their old home and their new home both closed on time and they were all set to move… then it happened!

A few hours after closing, Pam walked up to the door of their new home, key in hand. She realized something was very wrong – and very wet. Her new home was flooded! The newly repaired water purification system had popped a filter allowing water to run from the upstairs kitchen into adjacent bedrooms then down into the garage and laundry room. Pam called me, “What do we do!?”

Many questions: Who’s at fault? Does condo insurance cover this situation? Whose insurance does cover this? What if the seller didn’t have insurance (she didn’t)? Is their liability from the water purification company who had repaired this unit the week before? How did the buyer and seller react to this unwanted and unexpected event? And what about the moving truck that would shortly arrive to deliver their furniture? Ouch!

Check in for Part 2 next week to see how this real world event concludes. 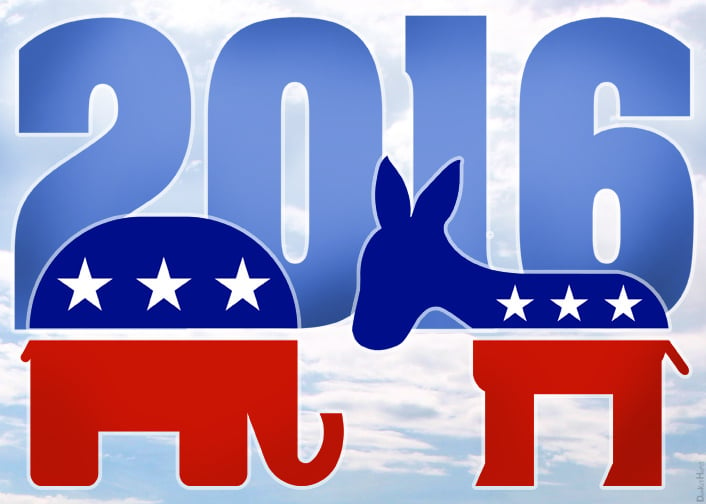 Election Aftermath – What Does it Mean for the Phoenix Real Estate Market?

First let me say this is neither a pro or anti Trump article and I have taken special care to keep it that way.  This is simply one person’s analysis of the facts as we have them presently.

Many are predicting a more business friendly, pro-growth administration over the next 4 years.  As a result, the markets seem to be reacting positively, at least for the most part.  I won’t pretend to understand all that except as it effects real estate.
There is a trend we have noticed that when the financial markets are doing well, we tend to see an increase in the 500K+ real estate markets here in the valley.  Why is that?  Well when folks are feeling optimistic about their portfolios, they are more apt to go out and buy those second homes, or finally make the big move from cold country to the Valley of the Sun.
This is badly needed in our luxury markets, which are for the most part saturated in too much inventory and not enough buyers. Time will tell of course how true this will be.
When it comes to the mid-range and low-income markets (usually considered 500k and under) what matters much more is how business and growth are doing right here in the valley.

Amidst all the drama of the presidential election, many may not have noticed the increase in minimum wage which passed here in Arizona, and by an overwhelming margin.  Like many things in politics, opinions are sharply divided over the effects that this will have.  If as some surmise, it causes a loss in jobs at the low end, you would probably see a small opening up of inventory on low-income rentals, as more folks move back in with family or with friends.

Many haven’t thought through the consequences of what a mass deportation would look like here in Arizona.  As far as I can tell based on online research, there is something like 500,000+ undocumented immigrants living here.  This is as of a 2009 study I found, who knows what it is now.  If there was some sort of mass deportation what you would have is a huge opening of the low-income housing market.  Inventory would probably sky-rocket and the demand would drop, resulting in a super buyer’s market and possibly decreasing prices.
Time will tell if that actually ends up happening. 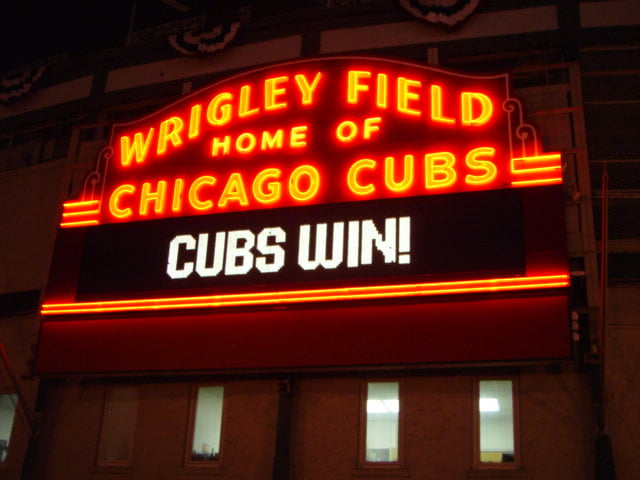 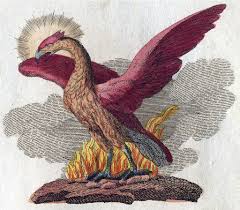 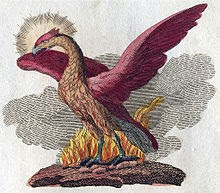 Was this a highly prophetic name given to our illustrious city? Over the decades our community has certainly had more than its fair share of real estate ups and downs where home values would crash and burn followed by catapultic value rises.  Are we in the midst of a catapultic rising phase once again?
First, the numbers. Case-Schiller’s most recent 20 city home price index shows that for the 3-month period ending August 2016, Portland (11.7%) and Seattle (11.4%) have had double digit appreciation compared with August of 2015. Okay, no surprise there. Nor is it a surprise that Phoenix is in the middle of the pack with a 5.2% annual rise. We’ve been reporting for months now that we’ve been experiencing a balanced, non-bubble market.
But what is of interest is that Phoenix has risen to the top of all cities for its month to month appreciation (5.9%) up from 5.5% in July.
Bubble time for Phoenix? Not here, not now. Sustained growth? I think so. For the first time in decades, Phoenix will continue to grow and prosper. Our current population growth is being fueled by folks who want to live here. Aging boomers and ‘finally getting smart’ millennials want to live here.
We are currently in our 5th year of rising values but still have not met the peak of $184.00 per square foot that occurred back in summer of 2006. The valley currently sits at $140 psf – and rising!
« Previous 1 2 3 4 … 20 Next »